I read with pleasure Mr Kirby’s account about his uninvited neighbour Mr Bubo and its war cry, howl or bark, as you like. That bark, when heard in the middle of the night is impressive, in accordance with the bird’s measurements. I imagine a house near the hills, and that ominous howl filling the night. Let me just say that the Catalan name for the specimen is gran duc. Many years ago, living in a rural landscape, only from time to time did we hear Bubo’s bark. In fact, the bird was not common in the comarca, where on the contrary, small brothers of the gender could be seen daily. As children we used to catch young owls and hold them in a basement, feeding them with lettuce and snails until we got bored of it and set them free. There were also perching owls in churches.

My last encounter with Bubo took place in France in 2017: we were two married couples driving in the Pyrennées Orientales region; our destination was the “Hostellerie Le Grand Duc” an impressive building in a small village. The two women in the car started musing about His Grace the Great Duke, lord of the estate, who surely would be waiting at the door to greet them in a knightly fashion, kissing their hands (Downton Abbey, you know). I told them that grand duc was also the name of a bird of prey, a big one. Nobody paid attention to my warning.

The Hostellerie, oh dear, did not house his Grace; rather, the mansion was full of clay, plaster and wood figures of Bubo; what guests encountered, presiding over the large dining room, was the biggest of birds, a real Bubo, nearly a yard tall, wings spread, fierce with beak and feathers, but stuffed.

But it was silent, of course. No barks. 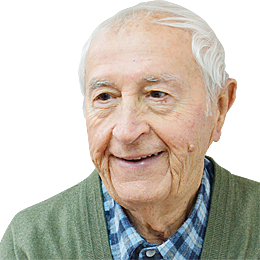