In addition to the wrecks that are of archaeological interest and that need to be protected, the Catalan coast is also full of sunken ships that attract divers due to both the large variety of life that ends up thriving among the remains and the stories hidden in the depths. Here are some of them:

‘LLANISHEN’. This English merchant steamer is over 100 metres in length. In August 1917, during World War I, it was torpedoed by a German submarine near Portbou on its way to Gibraltar. Although a large crack opened in the engine room, the ship did not sink and was left adrift as the crew had to abandon it. It finally hit some rocks in the area of Es Caials, off Cadaqués, and finally sank. What little remains of it is currently around 15 metres below the surface – basically the skeleton of the ship, because it was blown up in the fifties in order to recover the iron that could still be put to use.

‘EL MARMOLER’. The Italian ship Avvenire was given this name locally, sinking between Montgó and L’Escala in 1971 after a storm hurled it against some rocks. It was not stranded, but went back to sea and the crew had time to save themselves in a longboat. At 47 metres in length, it carried a large load of marble slabs. This prevented it from tilting when it sank, and it therefore ended up sinking straight down to the seabed, meaning its structure was not damaged. Its cargo is still intact, making it one of the wrecks most prized by expert divers, as it has been well preserved due to the considerable depth it reached, some 40 metres from the surface.

‘BOREAS’ AND ‘REGGIO MESSINA’. These two boats were sunk deliberately: the former in Palamós in 1989 and the latter in L’Estartit in 1992, to create attractive diving spots for divers. The Boreas was built in Germany in 1939. It played a part in World War II before passing into the hands of the US Army, which eventually sold it. Finally, in 1985 it was confiscated along with a shipment of drugs in Begur, and a few years later it was sunk to create a marine biotope in the bay of Palamós. The Reggio Messina was a large Italian ship built in 1970. It was used to transport trains and ended up in the port of Barcelona in 1990 because some businessmen wanted to turn it into a party ship. In the end, the project did not go ahead and the Catalan government bought it before deciding to sink it. 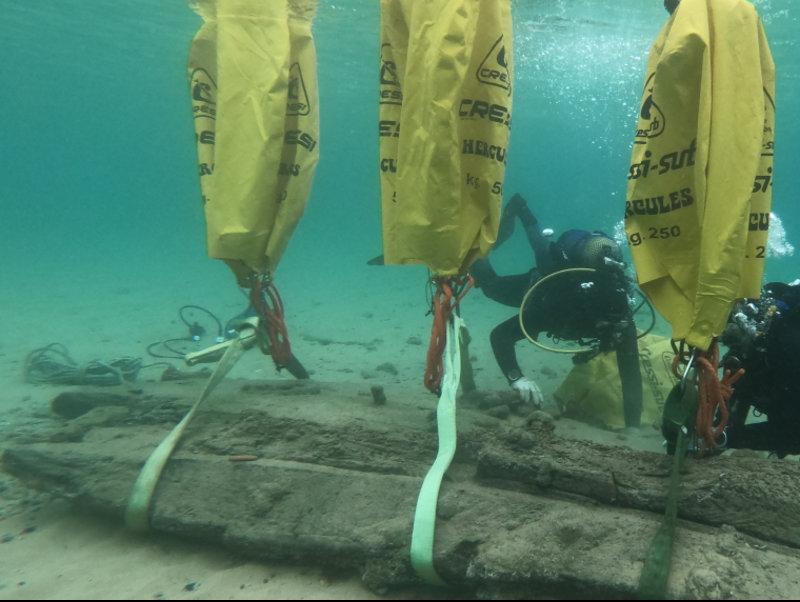 Stories under the sea